Why are there so many police in Mérida Mexico? 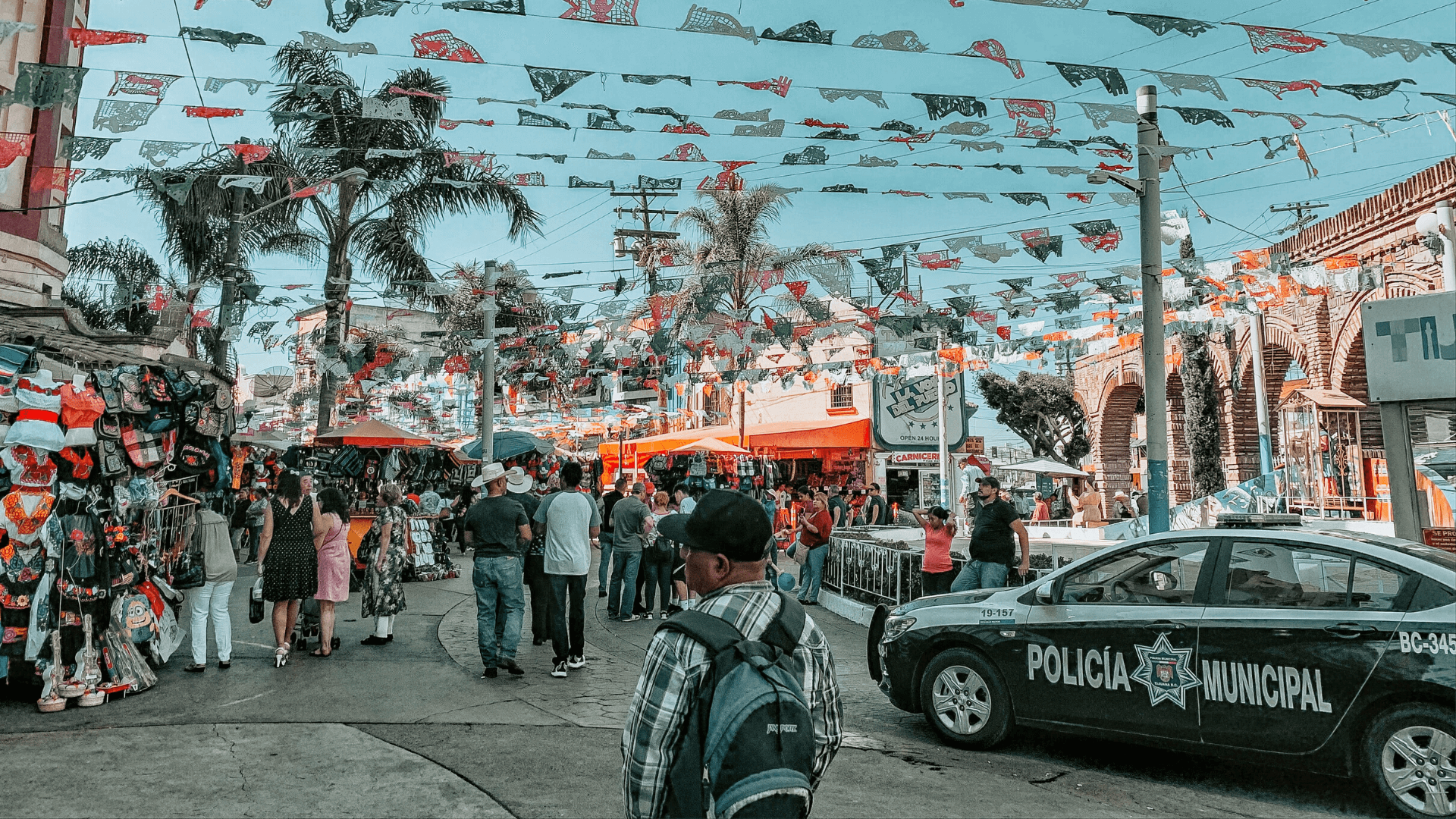 To go along with the question “Is Mexico safe?” I also want to tell you about the police in Mérida Mexico. One of the things I noticed on my first trip to Mérida was the amount of police here. There are areas where they are more prevalent and obvious than others such as the Paseo de Montejo which is the main avenue running north and south of the city. I also found them in high traffic areas such as Plaza Grande – the city center square, Lucas de Galvez Market – the main market for locals and close to most of the parks. Why are there so many police in Merida Mexico?

The simple truth speaks for itself with these facts about Mérida:

Common sense tells me that possibly, just possibly, one of the primary reasons Merida is so safe is due to a large amount of police scattered throughout the city.

Why Mérida is Mexico’s safest city

In the words of Mayor Renán Barrera:

“Mérida, the safest city in Mexico, has a citizen agenda that is an example to follow in matters of security and public order, thanks in large part to the work of our police corporations. He noted that by having social proximity programs, the Municipal Police has contributed to position Mérida in a privileged place at a national level in terms of security, registering only 22.8% in perceived insecurity, in contrast to the average of 71.3% in the rest of the country, according to the Urban Public Security Survey (ENSU) conducted in 70 major Mexican cities. If something distinguishes Mérida in terms of security, it is precisely the prevention actions of the municipal police corporation, as well as the high-quality human capital that integrates it, which forms the first link to build safe cities.” 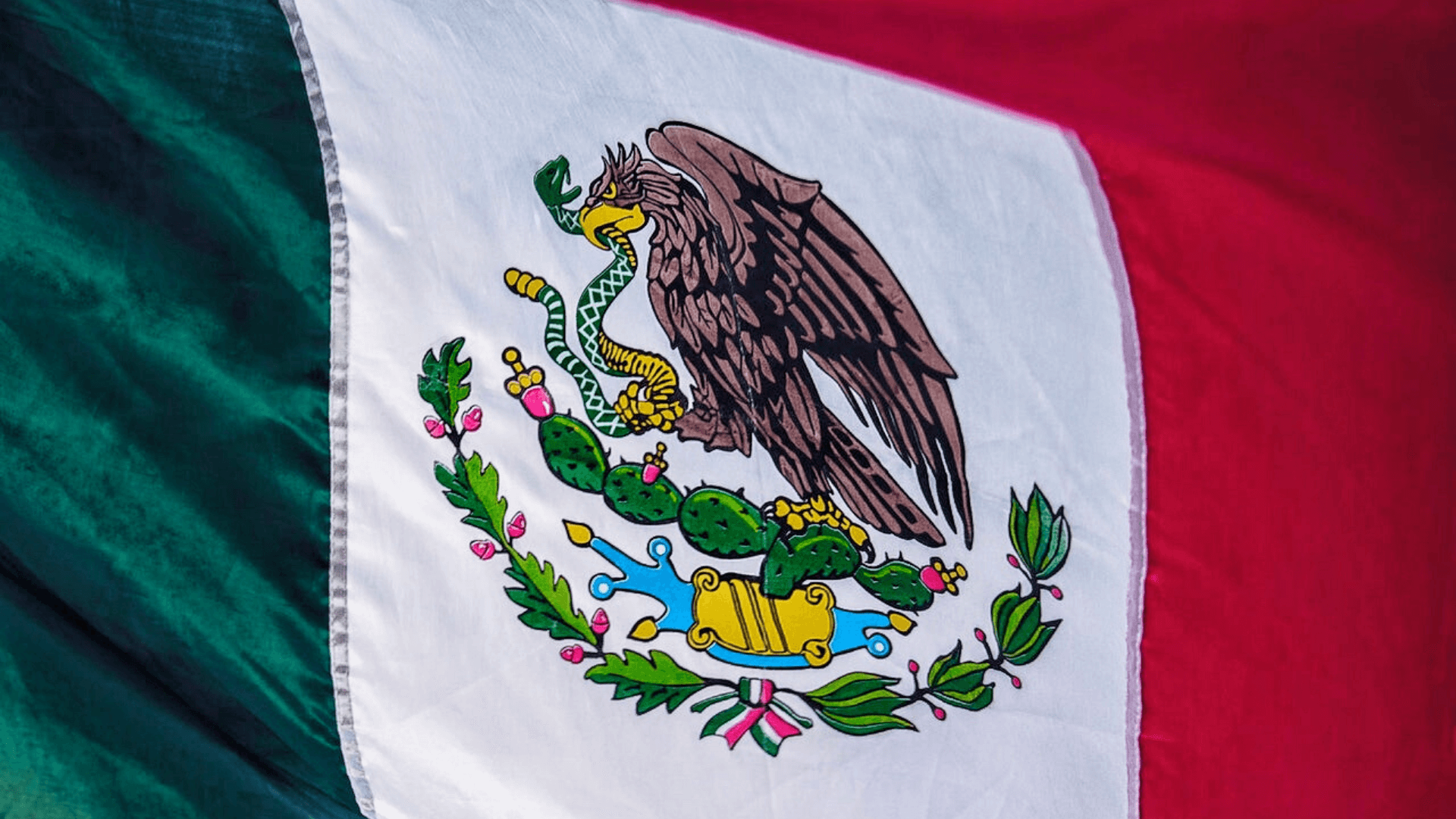 The difference between Cancun police and Mérida police

If you’ve ever traveled to Cancun (and I have numerous times), you probably know that Cancun caters to a particular kind of tourist. Spring breakers, family vacationers, and people that usually stay in all-inclusive resorts. They may have purchased excursion packages along with their vacation but the one thing most have in common; they are in Cancun to enjoy the beach.

Vacationers come in and out quickly for long weekends or a week of Spring Break or Christmas Break. They are ready to start their vacation quickly and enjoy it to the fullest. The city of Cancun and the state of Quintana Roo police forces are equipped to handle the frequency and rapid movements of these tourists.

And another thing, they may seem more aggressive.  This is because, at times, they have to be.

Beaches and alcohol go hand in hand and the police are trained to respond accordingly.

Because Mérida is not on a beach, many people come for the tranquility, arts, culture, food, and history. It can be quite a different crowd than Cancun visitors. Mexican Nationals come to Mérida for vacation and so do many Europeans. Mérida has a huge expat community.

Think about it this way –

The city of Mérida police force is strategically placed all over the city to support, guide, and mostly keep things under control. I have also found much more professional police in Yucatan State than any other state in Mexico.

For what it’s worth, extra police officers are added to the Centro (City Center) patrol beat to watch over tourists namely around banks, ATMs, restaurants, and transportation hubs to prepare for high-season,

When you are looking at visiting Mérida and trying to decide where to stay, utilize Google Maps or Google Earth to check out your surroundings. You can virtually see and drive around to become familiar with the area. If the area makes you feel uncomfortable, find another location, and do the same.  Pay attention to the date on the images. Some may be older however you will still be able to get a feel for the area.

Remember, like any city of a million people, petty crime and property theft do happen. However, in Mérida violent crime is rare. Remember, police in Mérida Mexico are highly visible and to be respected at all times.

Crime in Mérida is typically a crime of opportunity rather than pre-planned. 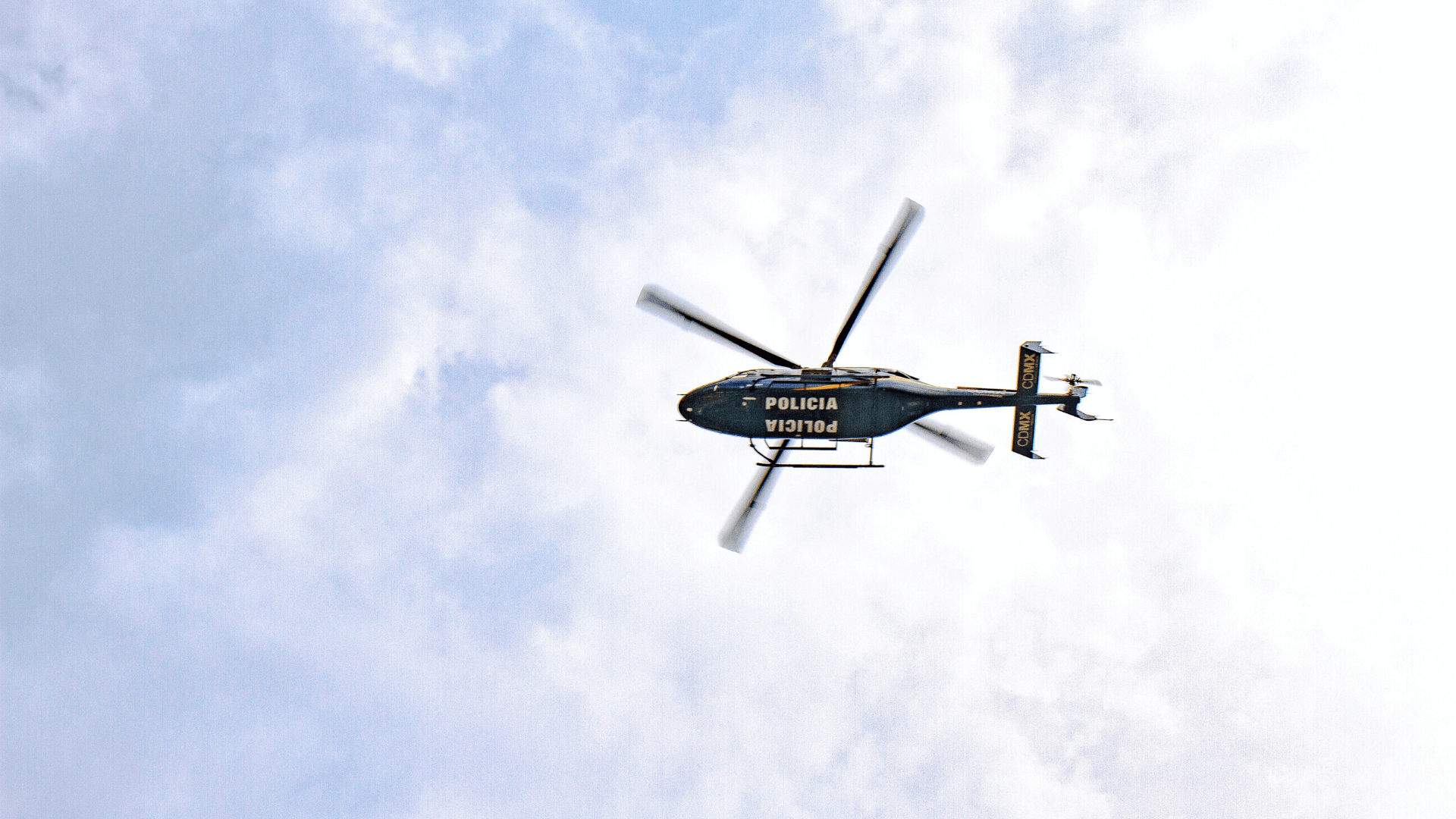 Why are the police so corrupt in Mexico? Frankly, it’s not just the federal police. It is police on all levels. But let me ask this, wouldn’t you agree that corrupt police can be found just about anywhere?  Let’s explore some basic but important information about police officers in Mexico and look at it from another perspective.

And some more hard facts:

I would urge you to take all of this information as a guideline and starting point to conducting your own research on the police in Mérida Mexico. We’ve all heard stories of people stealing to feed their families. Is this so different?

I know when I started writing this article, I was quite surprised by the information I found. 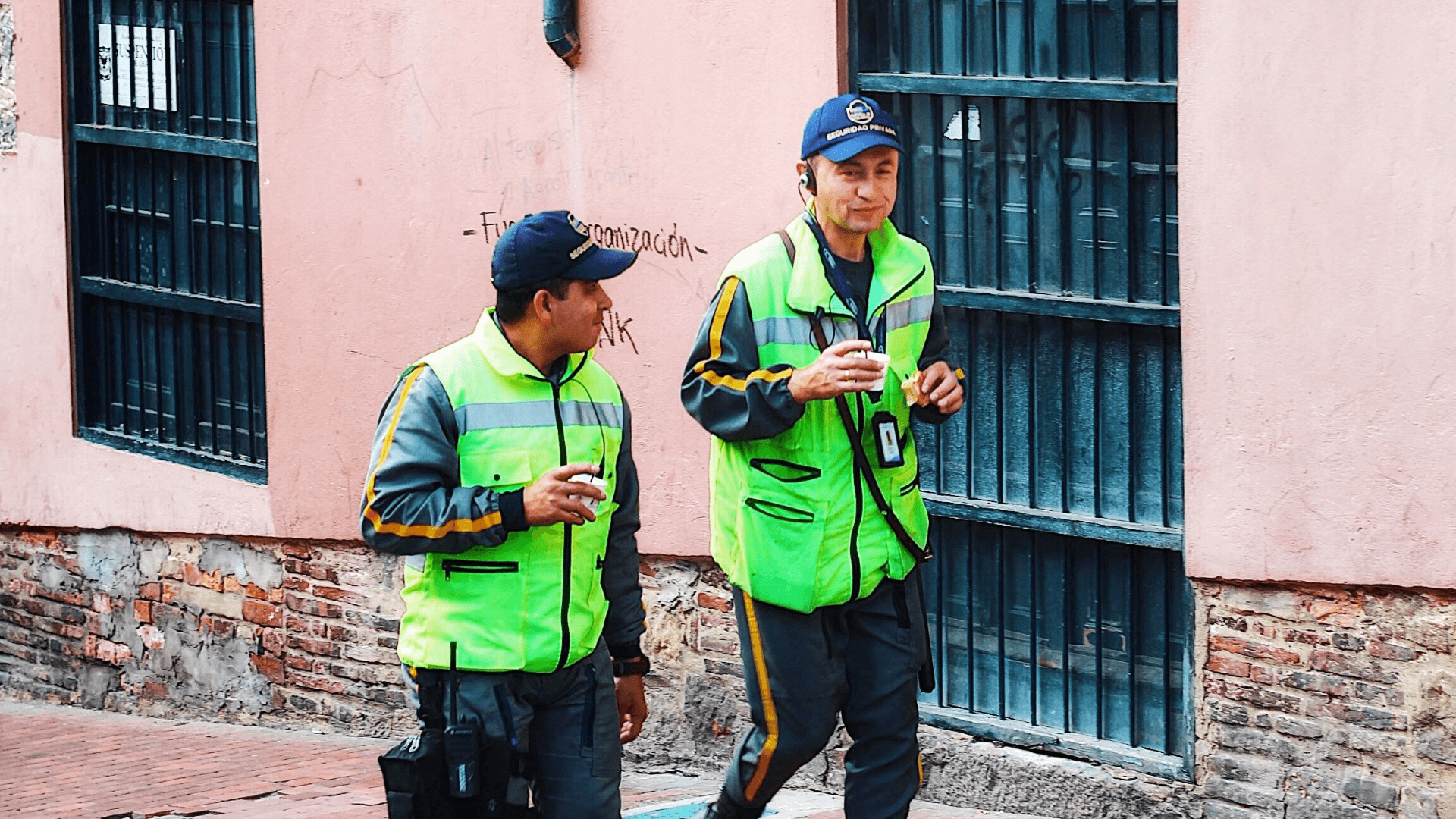 Getting pulled over while driving in Yucatan

Fortunately, I have never had an interaction with the police in Mérida or even Yucatan. I have however had several interactions with the Quintana Roo police. Some were pleasant and respectful, others were not. The good news is at the end of the interaction, I was allowed to continue my travels with only 2 warnings:  1) Respect the speed limit (I was never speeding) and 2) Pay attention to the signs (I can see them when they aren’t hidden by trees).

If you do happen to get pulled over, here is some important information to help you out:

What is The Mérida Initiative?

While conducting your own research on the safety, crime, and police in Mérida, more than likely you will find information about The Mérida Initiative.

Announced in 2007, the Mexican government requested assistance from the U.S. “to support Mexico’s efforts to strengthen its law enforcement institutions, enhance criminal prosecutions and the rule of law, build public confidence in the justice sector, improve border security, promote greater respect for human rights, and prevent crime and violence”.

My understanding is that the primary focus was the war on drugs and to increase surveillance of the borders and to assist with immigration and customs.

Never keep all of your money in one place. Keep a little bit in your wallet for easy access and the majority of it in another part of your wallet, purse, or bag.

Keep copies of passports and FMM card (unless directed by authorities to keep your original documents on you – normally this only happens in times of emergency – similar to COVID).

Do not ever allow the police to take your ID, passport, or license tags. I was told if I could not make a court appearance that the officer would confiscate my tags. I think this was just a scare tactic by the Quintana Roo police.

Mérida police typically cruise around with their blue and red lights flashing. These are the lights in the middle of the light bar on the top of their vehicle.  If you see flashing lights across the entire bar or on the front part of their car, this means you need to pull over.

Honestly, the police presence in Mérida has always given me a bit of comfort. My thoughts are that their vast presence here is to be visible and available in the event something major happens. They typically don’t help on minor issues such as directions or flat tires however I’m constantly surprised at the helpfulness of the locals.

To connect with other locals and expats, join the Facebook Group – Life in Merida: Visitor & Resident Resources