When is hurricane season in Mérida Mexico? 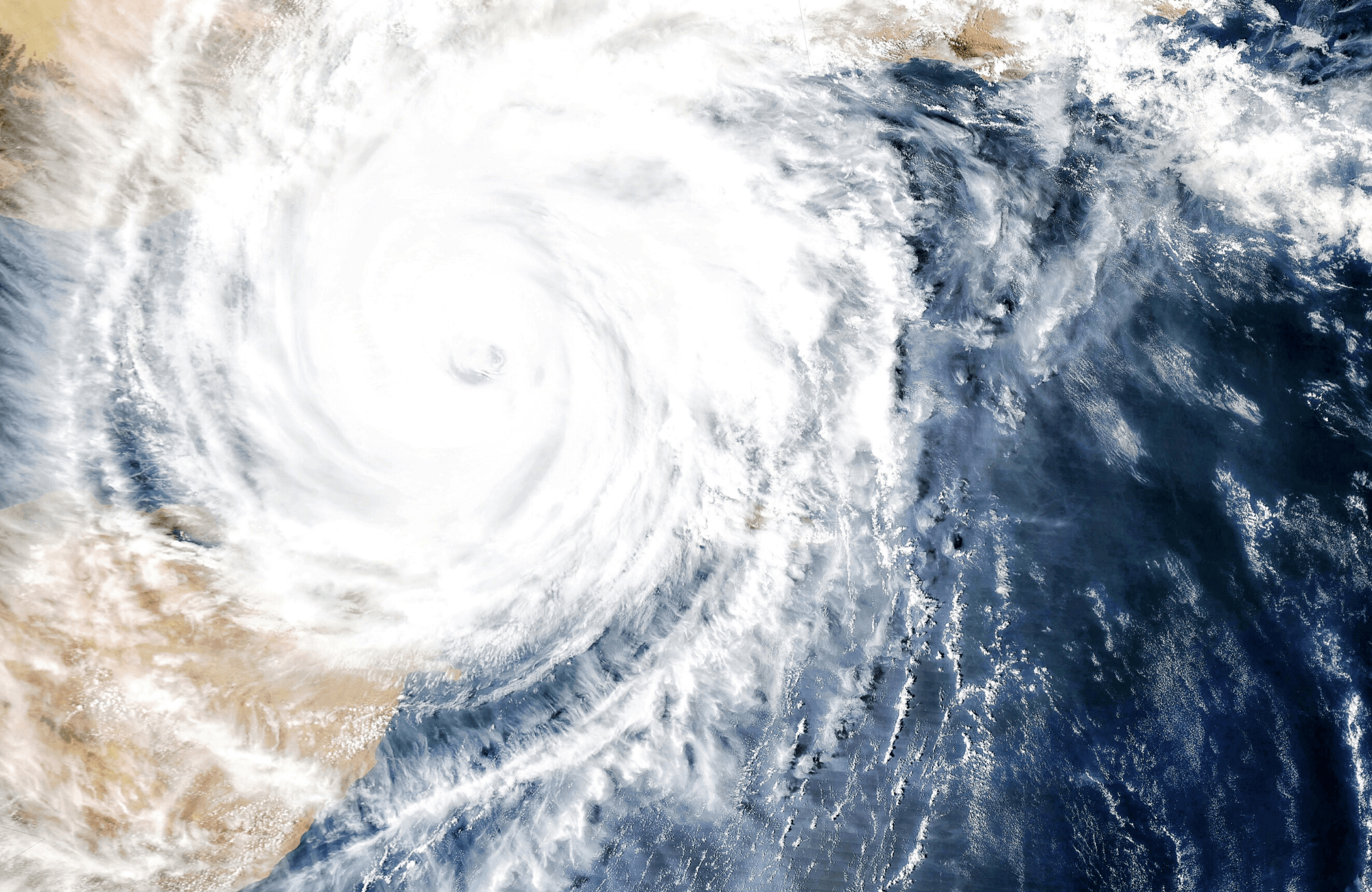 Right on time, heavy rainfall starts the last week of May and continues into the first part of June. This is also the hottest and most humid time of year as well. Mérida experiences tropical storms as well as hurricanes. It’s important to know when is hurricane season in Mérida Mexico?

Hurricane season is June through November.

While the actual season begins on June 1 and ends on November 30, hurricanes do happen outside of this time frame. The National Hurricane Center has the ability to both predict and track these massive storm systems. On average, these storm systems occur 12 times annually in the Atlantic basin.

How often do hurricanes occur in Mérida Mexico?

So let’s take a closer look at the two most recent hurricanes in Mérida Mexico:

What is the difference between a tropical storm and a hurricane?

In my first hurricane season, I experienced Tropical Storm Cristobal. Massive flooding throughout Merida and the surrounding communities and villages occurred. As it gained strength, warnings went out that it may turn into a hurricane. Fortunately, it did not.

The main difference between a tropical storm and a hurricane is the sustained surface wind speed.

Just two weeks after this powerful storm ripped through Mérida and the Yucatan, many are still without electricity. Homes, businesses, and other establishments flooded to dangerous levels. Even in my neighborhood, the water rose to a height above sidewalks. Rapidly rising water also poured into the front entrances of many homes and stores. Fortunately, I only had a few leaks in my roof and did not sustain any noteworthy damage.

I’ve never been in a hurricane before however there were many tornadoes in West Texas where I grew up. The preparation process is quite similar as both of these storms can be devastatingly destructive.

Tropical Cyclone – developing over tropical or subtropical water, a tropical cyclone is comprised of multiple thunderstorms.

Tropical Depression – a tropical cyclone of sustained surface winds with a one-minute average and 38 mph or less.

Tropical Storm – areas of extremely low pressure where air rises and causes low pressure on the earth’s surface of sustained surface winds with a one-minute average and between 39 mph and 73 mph. 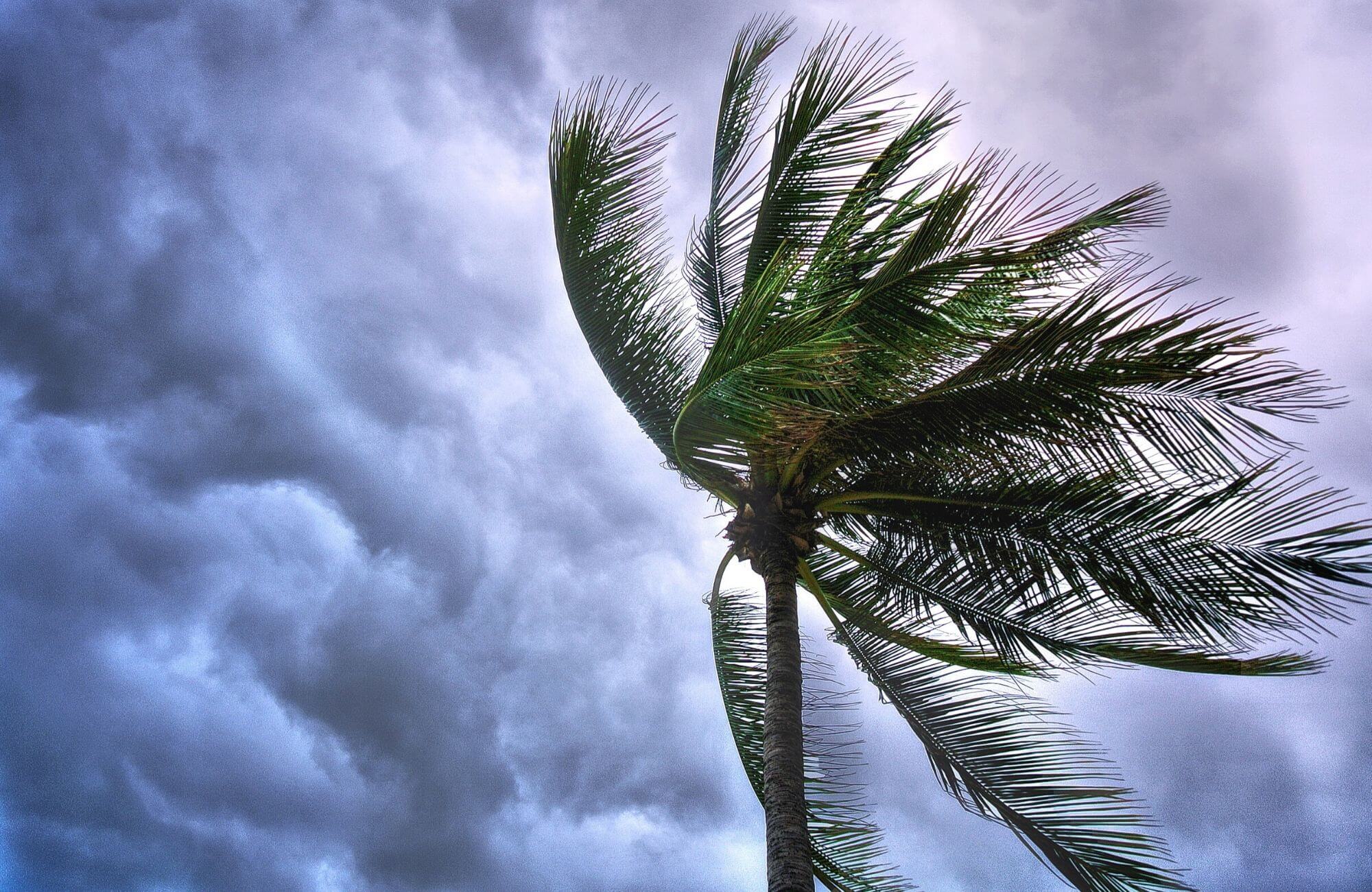 Hurricane – a tropical cyclone of sustained surface winds of 74 mph or greater.

Typically, tropical storms and hurricanes increase in August, peak in mid-September then decrease by early November.

Tropical Storm Watch – issued when conditions including wind speed pose a possible threat to a specific coastal area within 48 hours.

Tropical Storm Warning – issued when conditions including wind speed are expected in a specific coastal area within 36 hours or less.

Hurricane Watch – issued when sustained winds of 74 mph or higher are possible within the specific area of the Watch. A watch is issued at least 48 hours in advance so that people can prepare accordingly for tropical-storm-force winds.

Hurricane Warning – issued when sustained winds of 74 mph or higher are expected within the specific area of the Warning. A warning is issued at least 36 hours in advance so that people can prepare accordingly for the onset of tropical-storm-force winds.

It’s important to note that if dangerously high water and/or exceptionally high waves continue, the Hurricane Warning can remain in effect.

Weather in Mérida Mexico is most humid during rainy season

Moreover becoming familiar with the weather in Mérida will also help you with the sometimes harsh seasons. Since Mérida is inland and has low elevation, it is typically a few degrees hotter than in neighboring coastal areas. Located in the northwest corner of the Yucatan Peninsula, you can expect to use your air conditioner for most of the year. Read more about the weather in Merida.

The temperature normally ranges between 63 F and 97 F; rarely dropping below the mid-50s or soaring above 103F. While most rain falls in September with a total accumulation of 7.3 inches, July is a close second with an average of 6.3 inches.

What’s more, between June and October rainfall accounts for about 80 percent of the city’s 40 inches of annual precipitation. Humidity is high during the rainy season but generally does not rise above 76%. The least rain falls around March with an average total accumulation of 0.7 inches. 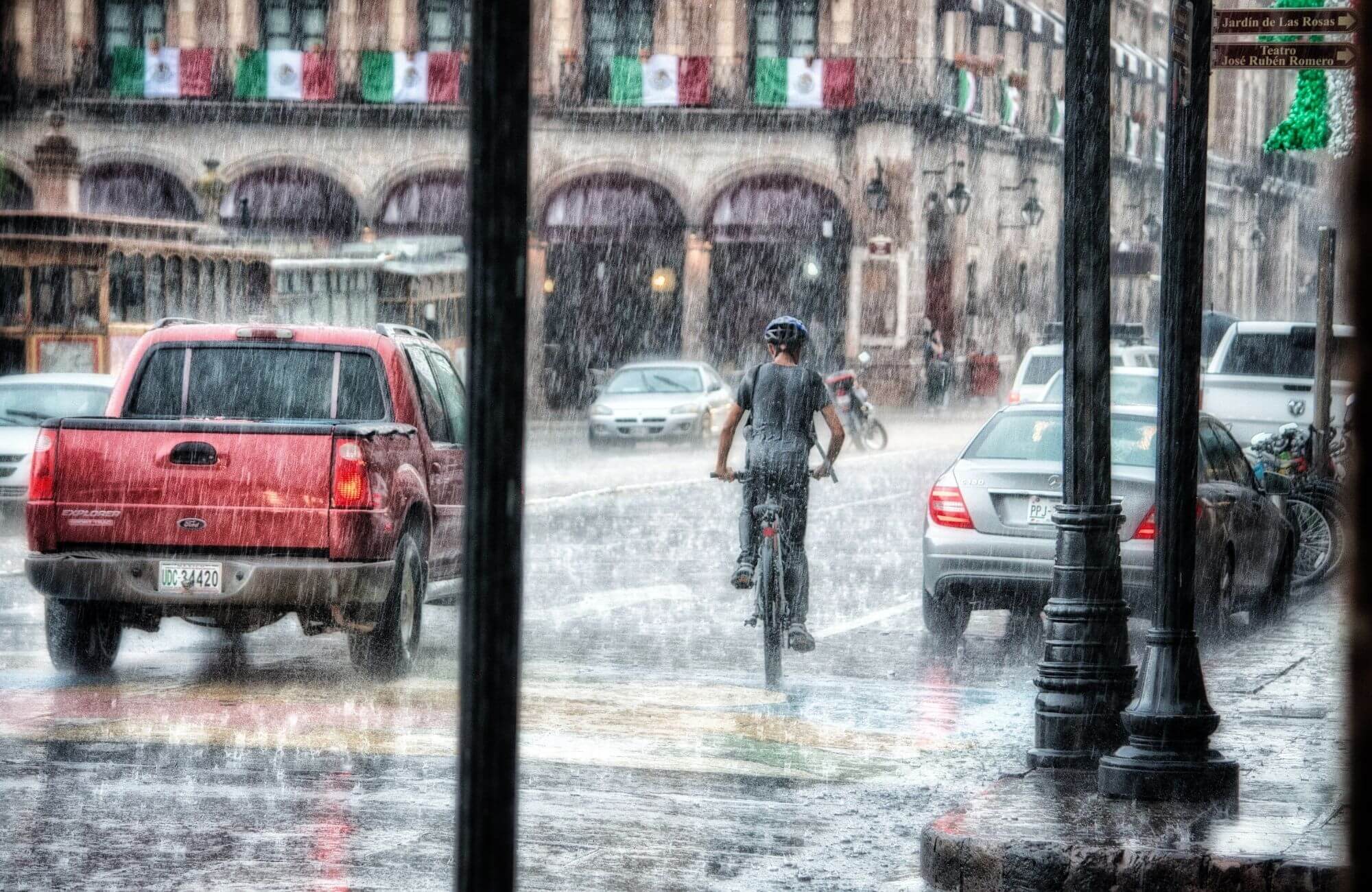 Where are the main hospitals and clinics in Mérida Mexico

Whether you need medical assistance during hurricane season or not, it is important to know about the medical facilities and staff, hospitals, and clinics.

If you think you need a hospital or clinic, here are a few of the most popular ones:

If possible, have your medical history with you. You’ll also find private hospitals in Mérida, Mexico like StarMedica and Clinica Mérida will accept anyone who can pay. Don’t take it for granted that your medical insurance will also cover emergencies or procedures while you are out of the country.

While the cost of living in Mérida is extremely affordable, it is worth exploring travel insurance as well especially during hurricane season in Mérida Mexico. 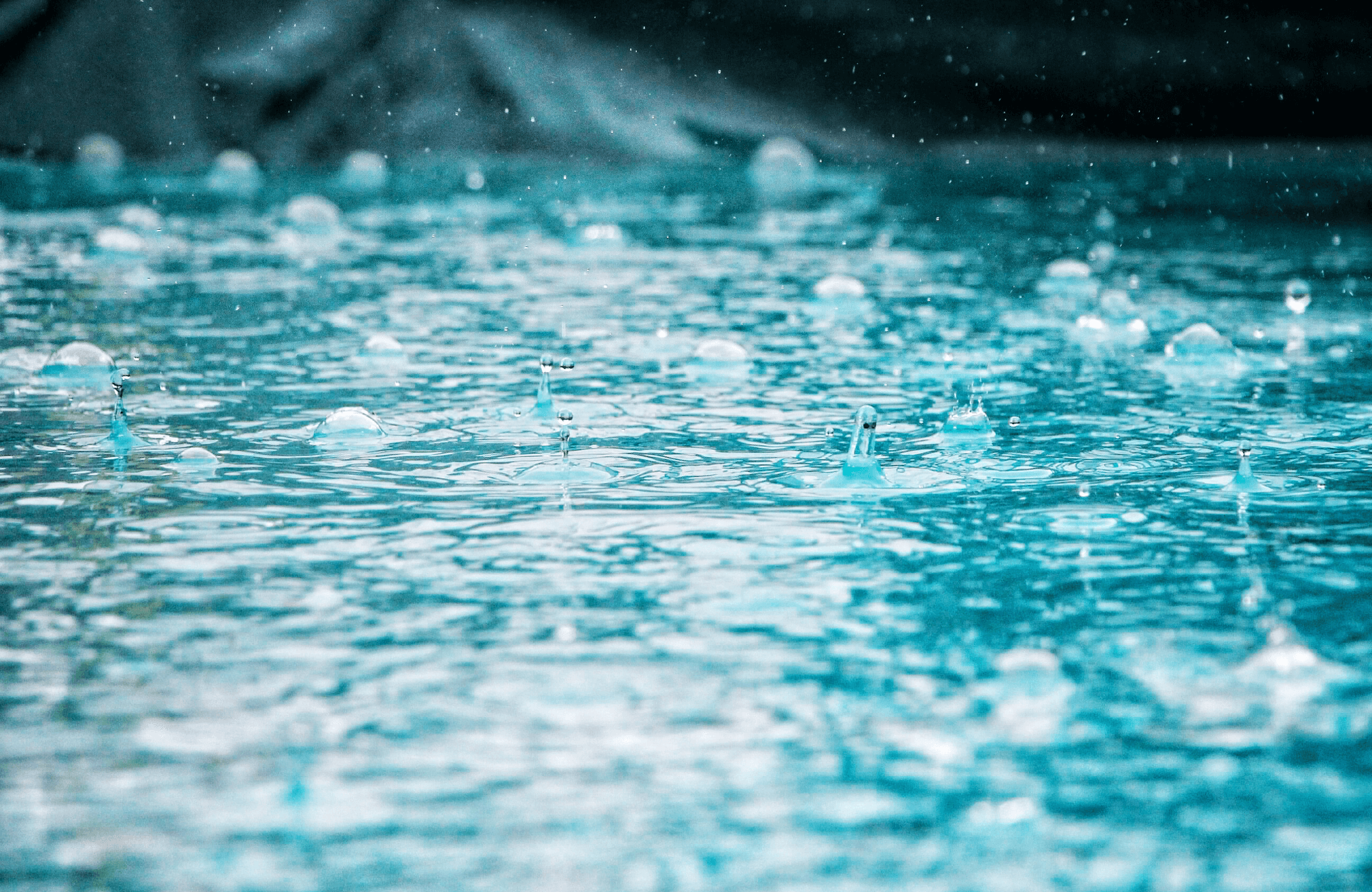 Above all, you will have some notice of a tropical storm or hurricane.

My best advice:  prepare in advance so that you are not in a panic or can’t find essential items. It may also benefit you to compose a list or timeline of what to do in the event of an emergency.

Once you experience your first tropical storm, you will have a better idea of what else you might need to help you stay safe and comfortable. To discuss how others prepare for the weather here, join other expats and locals on Life in Merida: Visitor & Resident Hangout

Any cookies that may not be particularly necessary for the website to function and is used specifically to collect user personal data via analytics, ads, other embedded contents are termed as non-necessary cookies. It is mandatory to procure user consent prior to running these cookies on your website.